What a strange year. The first year of continuous scandal national government. Real scandals, not pretend scandal like those during 44’s watch. 45 became in violation of a building lease with the US Government upon inauguration (can’t lease to USG  employees or elected officials) and it has been a steady slide from there.

Institute for Learning in Retirement

Dave remains active as a standing committee chair in this Tidewater seniors club. The club is in the second year of migration from semi-automated membership and class registration processes to on-line processes that should allow our 3 person part time staff to continue to serve our growing membership. Those wanting to learn more about ILR may do so at https://www.oduilr.org.

The club is in the process of engaging a payment processing service and opening a merchant services account. With this change staff and Dave will be actively trying to figure out how things work and revising our internal work flows. We hope these changes will improve member services.

On the Church Front 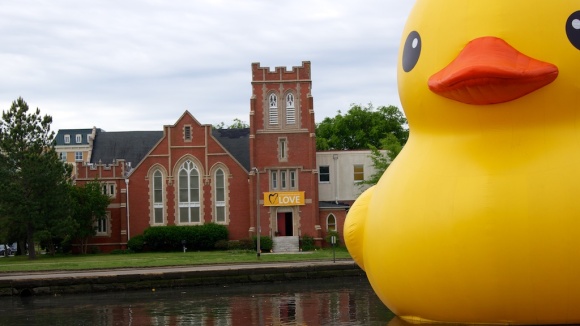 Dave is a member of the audio-visual and networking teams preparing a new used building to be our future church. Our architect and builder are well regarded small commercial projects builders but we are finding gaps to be filled in completing the technical infrastructure needed by a modern house of worship having other non-profit tenants.

The increased size and complexity of our new building requires some internal access controls to allow staff to move about while keeping home school children and their minders out of the upper levels and unimproved areas of the building. In addition, we’re adding internal video and security telephones not in our older building.  Figuring out affordable ways to do this has kept Dave and his committee mates busy for a day a week.

It turns out that the best way to do many of these tasks is with Ethernet network devices. Each floor of our new building will have Power over Ethernet network drops for each office, classroom, and location we’d like to have a phone. The main entrance and staff entrances will have video door phones that allow staff to screen visitors and open the door for expected vendors and congregants

Each office and classroom will have an in wall WiFi access point to support use of WHRO educational materials by Home School Out of the Box classes and WiFi access for home schooler parents. The large meeting areas will also have WiFi service.

The hall will include a robust high fidelity sound reinforcement system suitable for speech, small acoustic ensemble performances, and movie and video projection. The sound system has a modern digital mixer, high efficiency amplifiers, modern assistive listening, and is able to mix both front of house and on-stage monitor sound. Mix configurations can be saved and recalled making setup easier for  our volunteer audio engineers.

Our new hall will have theatrical lighting designed primarily for lighting services on stage but with multi-color LED sources to permit some use of theatrical effects as we learn how to do that. The church is fortunate to have a congregant whose day job is Exhibits Director at Nauticus, our local maritime museum. Dustin has been handling the nitty gritty of the stage lighting but Dave has been helping with hall lighting control so we can dim the house lights from the AV booth which also doubles as video and lighting booths.

Nick and Missy are both well but Nick is a senior citizen and acting it. His activity is down as is his piss and vinegar level. At 11 and a half, he’s pretty mellow and content to let Missy have the alpha role.

Missy defends the house from zombies, hoodie teens, bikers, and other assorted blighters. She’s mellowed some as she approaches 6 and no longer trolls school children at the fence but the neighbor dogs are fair game as are skater kids and bicycles.

Nick may be old but when Missy calls for aid, Nick comes running and is right in the mix. Interestingly, we have a neighbor dog, a playful Golden Doodle, retriever and standard poodle hybrid. He’s just a sapling and sweet as can be. Nick and Missy chat with him at the hole in neighbor’s fence (neighbor is a tenant). Neighbor dog is a bit bouncy so we’ve not let them run together (hardly a fare contest).

The moles appear to have moved on. But we have coyote confirmed in the area with sitings on the Botanical Garden grounds, airport grounds, and in the woods around the reservoir. They pretty much stick to the strip by the lake and are rarely seen in the neighborhood. The local ones are about 40 pounds and are believe to have a taste for outdoor cats and other small critters. Funny, rabbits are scarce at the moment. Maybe most have become coyote.

A modern Merlin, hell bent for glory, he shot the works and nothing worked.

This work is licensed under a Creative Commons Attribution-NonCommercial-NoDerivatives 4.0 International License.